In 2005, she received her Doctor of Dental Surgery degree and completed a General Practice Residency at the Dallas VA Medical Center in 2006. Dr. Castilla worked as a general dentist in Texas for four years during which time she realized orthodontics was her true calling. In 2010, she moved to Portland, Oregon to begin her Orthodontic Residency at OHSU. By the time she finished her program in 2012, she and her husband had fallen in love with the Pacific Northwest and decided to make it their home.

Dr. Castilla founded Castilla Orthodontics in 2013 and since then has, along with her amazing team, created thousands of beautiful smiles in the Salem area community. She has been voted best orthodontist in the Statesman’s Journal Best of the Mid-Valley and Best of Willamette Valley contest for several years and was even featured on the cover of the international orthodontic publication, The Progressive Orthodontist in 2017. 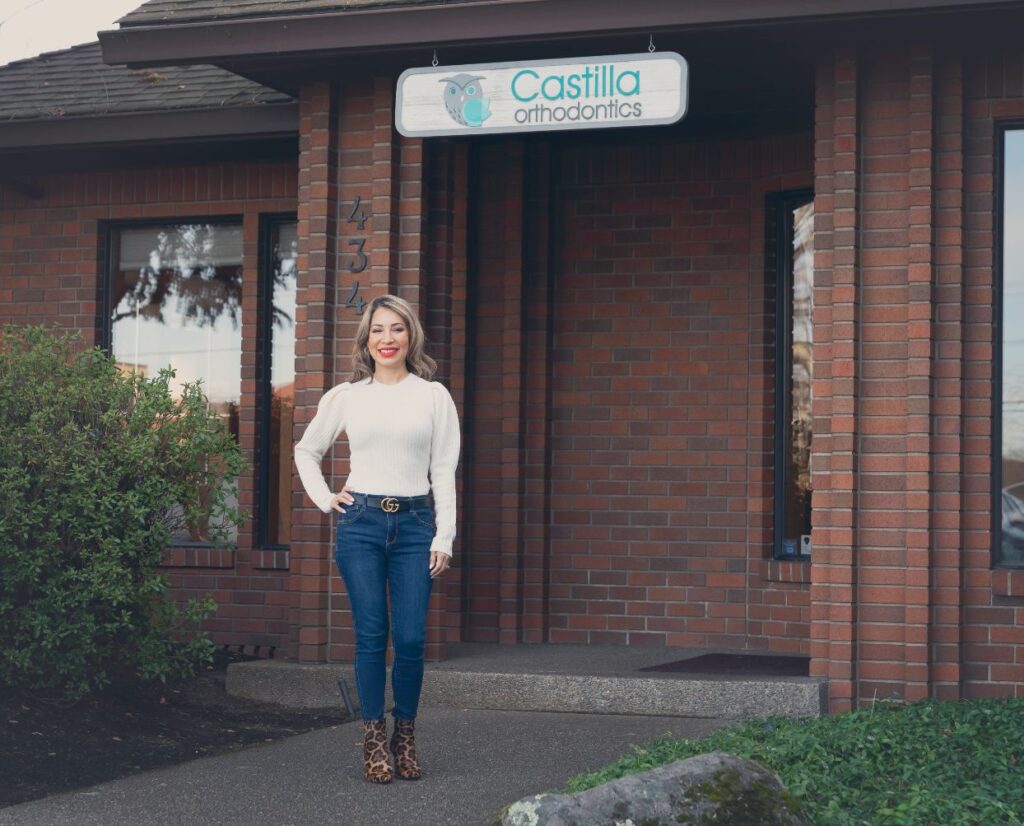 Dr. Castilla is a Diplomate of the American Board of Orthodontics and is dedicated to both education and research in the field of Orthodontics. Her research on indirect bonding techniques has been published in the Angle Orthodontist journal. She is a member of various organizations, including the:

Additionally, Dr. Castilla is also a published author and speaker. Her book, The Smile of Your Life: Everything You Need to Know for Your Orthodontic Journey, can be found on amazon.com and barnesandnoble.com. She has been interviewed by numerous radio stations and has even been on TV to speak about the health benefits of smiling and having a beautiful smile. For more information about Dr. Castilla and her book, visit dranacastilla.com. 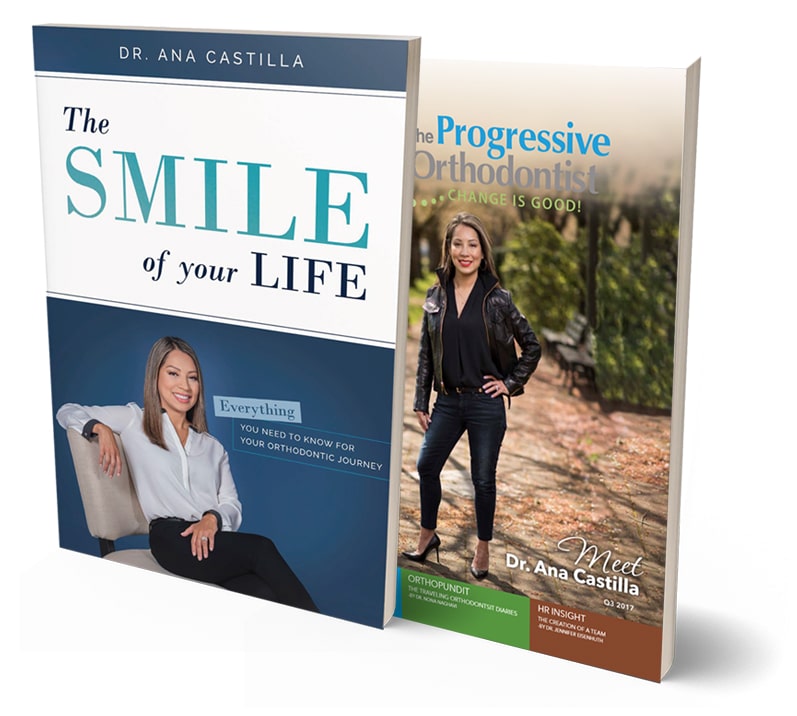 In her free time, Dr. Castilla enjoys reading, traveling, history and fashion. She is happily married to her husband Eddy. She enjoys creating beautiful smiles with clear and colorful braces for the community of Salem and surrounding Willamette Valley!

Behind every award-winning smile that we create is a dedicated team that is with you. 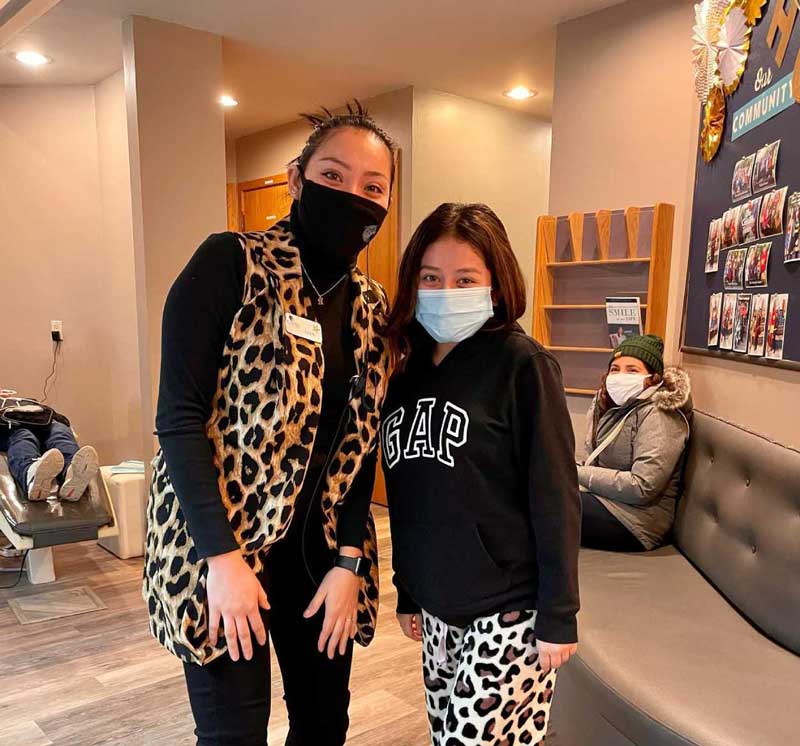 They have helped me so much with my dental journey , took care of everything I needed and always listen to any feedback I have . The assistants there all deserve a raise and make coming here enjoyable !
Melissa O.
I enjoyed the staff here at Castillos Orthodontist! Everyone was very informative and helpful.
Daisy C.
Me gusta q son muy amables y m atienden en español y su trabajo es muy garantizado
Will A.
Highly recommend!!
Coupons&Junk O.
Great Place To Get Braces
Faze_Nights12
Good and kind people
adrian
The people here are very nice
Kimberly M.
Martha Perez , buena atención grasias
Martha P.
It’s my first time coming to Castilla Orthodontics and I loved it so much. Everyone is so nice and welcoming .I highly recommend you come and take advantage of their service here. THANK YOU CASTILLA ORTHODONTICS FOR YOU GREAT WORK!!
Hermanas A.
They are always so nice to talk too. I always feel like I’m home when I’m there much love for this place!
Edward L.
Fun and clean environment, great service, very friendly and very flexible with scheduling and payment options. 11/10 would recommend.
Esperanza Ochoa R.
They do an amazing job :) Love it?
Diana O.
Great customer service every time we are here!!
Elia P.
Good experience here don’t regret coming to get my braces here, the staff is so nice!!
Gabriella S.
Everyone is so friendly and professional, great environment and great work.
Monica D.
Great place 👍👍
Lily K.
Amazing service and very professional
Danielle E.
Very kind staff
Mariah L.
This place has some amazing caring staff. Never had a problem and love how fast they have been with me. Started my journey about a yr ago and I have seen some dramatic change and im in love of how its coming out!
yareli S.
Very kind employees , manageable payments and always flexible with your appointments, the staff is great and have been taking great care of my teeth.
Ahna G.
‹
›
Read More 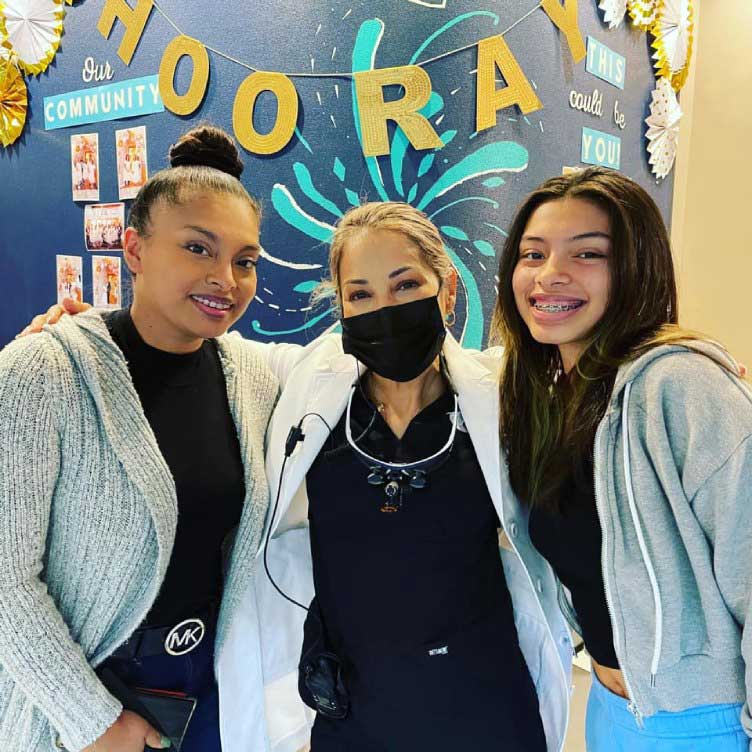